A large coalition of 17 education, religious and civil liberties groups is throwing its support behind a new pamphlet to help teachers tackle the central classroom question: bullying or free expression?

In classrooms across the nation teachers are struggling with student statements that are in a constitutional grey zone. If a student tells another student he is “going to hell,” is that a form of bullying or does it follow under our First Amendment rights? 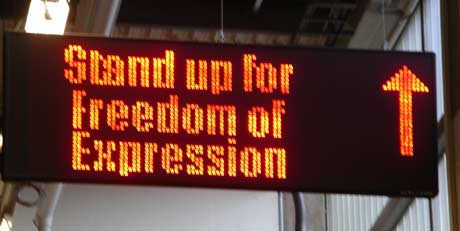 The 11-page pamphlet, “Harassment, Bullying and Free Expression: Guidelines for Free and Safe Public Schools,” sets forth basic guidelines to help determine what types of remarks fall into each category.

According to the pamphlet, students in public schools should be free to voice their views and engage in political and religious discussion in a safe atmosphere free of discrimination and bullying.

Although a vast majority of states have anti-bullying laws in place, there are still cases of bullying that enter the realm of freedom of expression. Since the judicial system lacks an effective procedure to address these cases, the guidelines are meant to fill a need that is not being met, according to Francisco M. Negron, general counsel of the National School Boards Association.

The American Jewish Committee is the main author behind the pamphlet, but dozens of other organizations, including the Christian Legal Society, the Muslim Public Affairs Council and the American Association of School Administrators, are voicing their support.

Religion News Services has provided some excerpts from the pamphlet: