Tyler Long and deliberate indifference: an insatiable standard of proof?

On October 17, 2009, Tyler Long, a 17-year-old with Asperger’s Syndrome, committed suicide as a result of the pervasive bullying he faced each and every day at school. Earlier this year, a federal judge ruled in favor of Tyler’s school district in a suit brought by Tyler’s parents. 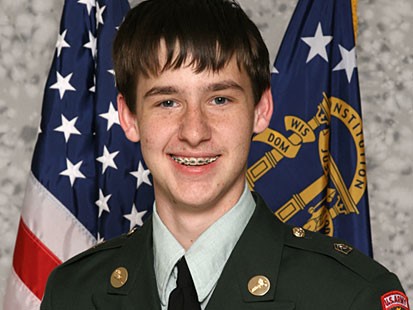 While conceding that Tyler was “the victim of severe disability harassment, and that [the school] should have done more to stop the harassment,” the judge still said that summary judgment must be granted in favor of the defendant (the school) because a claim brought under disability law [in the school system], as this claim did, requires the plaintiffs to show that the defendant acted with “deliberate indifference.” Tyler’s parents, like many past and future plaintiffs in disability suits, were unable to satisfy this standard of proof.

The standard of proof for a state of mind is already difficult, but it is even more difficult when one is asked to prove an apathetic state of mind. To satisfy the burden of proving a state of mind such as malice, knowledge, or intent, the plaintiff could at least potentially use some affirmative action taken by the defendant to show an implication of any of those states of mind. However, with indifference, the plaintiff must prove that the defendant did not care to take any action, thereby essentially making any action taken by the defendant unusable as proof. So then what can the plaintiff use to satisfy the burden of proof? This answer to this question remains a difficult one.

Tyler’s disability caused him to become very rule-oriented such that when his classmates would talk in class, he felt the need to let them know that was against the rules. As a result of this trait stemming from his disability, Tyler became a target for his rule-breaking classmates. Tyler’s parents said they complained to the school about the bullying early on, but school officials simply brushed it off as something all teenagers go through.

Even if it were true that “all teenagers go through” bullying, it is fair that because of his disability, Tyler experienced the bullying to a greater degree? “Children with disabilities are 60 percent more likely to be bullied,” said Tina Long, Tyler’s mother. “Schools aren’t equipped or trained to deal with disabled children.” A study cited to by PACER’S National Bullying Prevention Center shows that 60 percent of children with disabilities report being bullied regularly compared to 25 percent of all students.

Lawsuits that involve aspects of both disability and bullying should not be so difficult to succeed but rather, should be relatively easy to succeed on in order to allow those affected the ability to have legal redress. In other words, the legal system may need to question the standard of proof required in disability suits involving schools as well as the lack of a uniform regulation on bullying in schools.

The incidents leading up to Tyler Long’s death inspired the 2011 documentary “Bully.”

Anoosha Rouhanian is a J.D. candidate and law clerk at HooverLaw.